Remember like MONTHS ago I needed a new saddle…
I finally picked one!
Grabbed it along with my packet Friday night before the race!
#yayformyhooha
I went with the Selle Italia Gel Flow; super awesome comfy saddle!
THANK YOU TRIBE MULTISPORT!
They have an AWESOME test program…
you can basically test any saddle out so you don’t have to just look at reviews and guess!
Plus everyone there is amazing and helpful, a true locally owned boutique triathlon store. 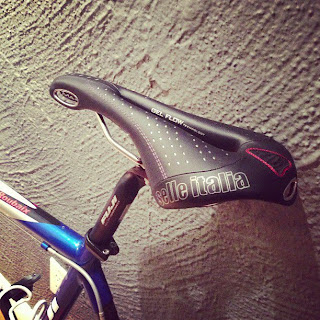 So, racing. I like to do it. I like to do it well.
I had some pretty good goals and I knew the bike was a little ambitious but I wanted to push myself
GOALS:
Swim- 6min
Bike- 53min
Run- 23min
with a total of 1:25 with 3 min for transitions
Actual Times:
Swim- 5:54
Bike- 57:36 (includes both transitions)
Run- 23:09
TOTAL: 1:26:39
The swim
300 yards – 5:54
Avg 1:56min/100m
I was probably the 10th or so woman in the water…
Pool swims starts are fun! Hahaha, it was good motivation to swim fast…
I didn’t want to get lapped!
I felt pretty good… I still get a bit too excited and can’t breathe properly
Plus this pool swim was swim 150yd – get out – swim another 150yd
This was my first non reverse sprint… I think I like them!! =D
Running from the pool to the bike was fun & it was a bit further than I thought it would have been… again I should have paid more attention and knew that! #imstilllearning
The bike
16.5 miles – 57:36
Avg Speed 17.8 mph (including both transitions) 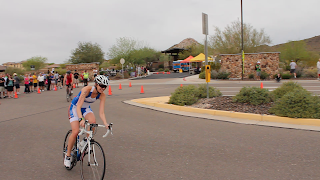 I need to cycle more.
I was only about a minute off of my goal time but it was hard. I know it is suppose to be hard but I just need more hours on the saddle. I know it will get better #patiencemandi
Even though I was struggling not that many women passed me, only a handful, which gave me hope… I can run! I was gonna catch them as long as I could keep peddling!
The run
3.1 miles – 23:09
Avg pace 7:26
So this is probably my 5th time ever running after riding a bike. HAHAHA
The first mile was tough, I started out and felt cramps right away so I downed a gel right when I saw
the first water station… and when I say I downed a gel,
I mean I squirted it ALL OVER MY FACE AND KIT.
hahaha
I wasn’t gonna slow down to eat a gel so I had to pound it! AND since I wasn’t sure where the water station was until I saw it… well the gel went everywhere! heeheh

After that the calf cramps basically went away and the next couple miles I just said to myself this is it, almost over. 3.1 miels…. NADA. Just freakin’ push.

Not one person pasted me on the run but I was smokin’ the girls. About .25 miles from the finish I saw one more girl in front of me. I wanted her. My legs said no. BOOOOO
Crossed the finish line and felt pretty dang good! #score 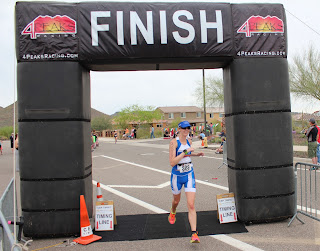 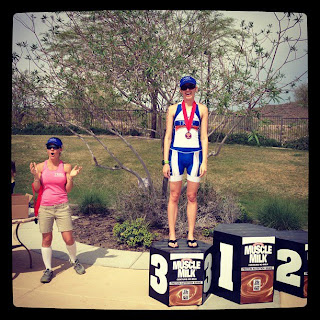 By the time the awards were done… it was getting hot again.
Someone had the idea to jump in the pool & get a team picture!
SO. MUCH. FUN.
#ilovemyTRIBE 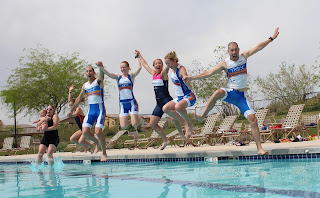 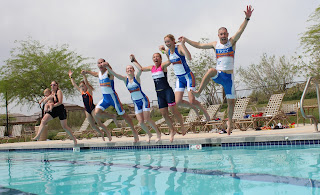 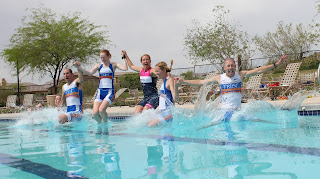 One thought on “Vistancia Sprint Triathlon 2013”